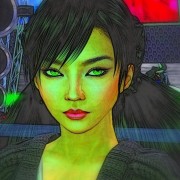 E is for Egypt

Mythical creature with the body of a lion and a human head. Treacherous and merciless. Those who cannot answer its riddle suffer a fate such as being eaten by this ravenous monster. Unlike the Greek sphinx which was a woman, the Egyptian sphinx is typically shown as a man (an androsphinx). In addition, the Egyptian sphinx was viewed as benevolent, but having a ferocious strength similar to the malevolent Greek version and both were thought of as guardians often flanking the entrances to temples.

In European decorative art the sphinx enjoyed a major revival during the Renaissance. Sphinges are generally associated with architectural structures such as royal tombs or religious temples. The oldest known sphinx was found near Gobekli Tepe and was dated to 9,500 BCE.

The largest and most famous sphinx is the Great Sphinx of Giza, situated at the Giza Plateau adjacent to the Great Pyramids of Giza on the west bank of the Nile River and facing due east (29°58′31″N 31°08′15″E). The sphinx is located to the east of and below the pyramids. Although the date of its construction is uncertain, the head of the Great Sphinx now is believed to be that of the pharaoh Khafra. What names their builders gave to these statues is not known.

(yes, “sphinges” is the plural of “sphinx”) Are there Sphinges at MU? Of course their are! How many? Where? This is your quest!

If you accept this challenge, please find 1 or more Sphinges on the MU campus, take a photo and upload to flickr, including the “GPS Coordinates!” (hint: if you use the flickr upload in Firestorm or the SL Viewer, it’ll do the “GPS Coordinates” (SLurl) automatically for you) Then paste a link to your photo in the comments below.

Click a door to take the next step in your journey: