Giant world map at David Rumsey’s Map Island in Second Life. The red pushpins are the home cities of visitors to the installation. Near the bottom is London, the city where I currently attend university, and near the top is me, standing on Taipei, the city where I was born, yet have never lived in.

It’s crazy to think that peeps thought that the internet would be the end of serendipity. That the magic of flipping through pages in an encyclopaedia or books on shop shelves would be lost. Yeah. Wut? I’ve got so much serendipity blowin’ out my ass it’s practically impossible to actually finish anything!

1. Maybe I should sign the sites I manage up at Google Webmaster Tools.
2. Go through verification steps.
3. Google wants a sitemap.
4. Google doesn’t like your lameass “html” sitemap, it wants a real “xml” one!
5. Find and install Sitemap plugin.
6. Plugin says: you should announce your new sitemap.xml with a new blog post
7. Xue is pathologically incapable of doing a blog post without snapping a new pix to go with it.
8. Look for suitable location.
9. Get sucked into David Rumsey’s incredible cartography sim.
10. Oh gawd, now it’s going to be cartography serendipity day. Hope I get back to webmaster tools eventually! 😛

Anyway, maybe I’ll do a separate post on Rumsey’s amazing sim later in the day, but for now, here it is:

Dear Webcrawling Robots. I am here! Standing on Taiwan. Or as the vintage map says, “Formosa.”

Only 1 email a week! 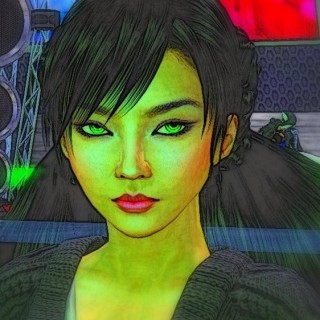 Student in the Culture, Media and Creative Industries programme at King's College, London, curator at Gallery Xue, and in my spare time I do a little web stuff: So-so curator, bad student, worse webmaster! :P